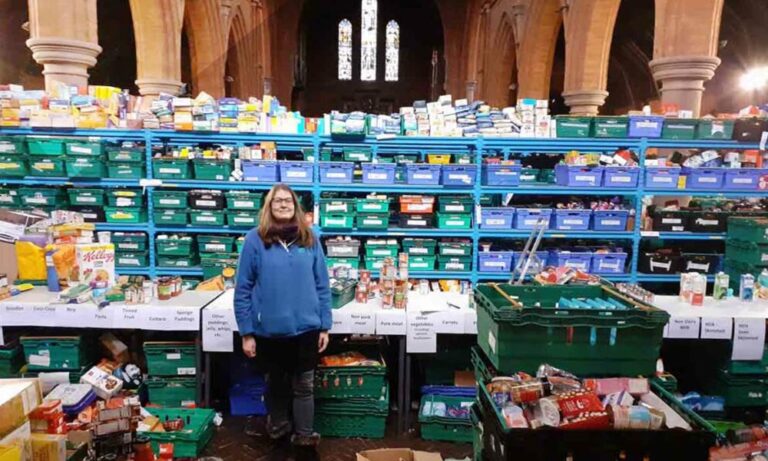 Food banks noticed a climb of the need

The need for food distribution is increasing. Last month a line of 150 cars reached the grounds of the Shady Grove Number One Primitive Baptist Church in east Leon County. With each distribution it grows by about 10 households.

LaNorris McFadden is the senior pastor at Shady Grove. He’s known as Pastor Mac. He majored in social science at Florida State University.

“With some of our partners during all this, we did a needs assessment, and we put food, gas, utilities, help with rent — and shockingly, food was the number-one need,” he said.

He also said, “Through Second Harvest, we’re also one of the crisis centers, so we have to keep certain amounts of food stored here so that if someone calls 211 and they’re in this area and they need food, we’re one of the places they come to receive that food. Especially during those storms, if people were displaced,” said Pastor Mac.

Statement by CEO of Second Harvest

That doesn’t surprise Monique Ellsworth, the CEO of Second Harvest of the Big Bend. She says it’s not uncommon for the food bank to get calls or meet people…

According to WFSU.ORG, “Hurricanes are also a major concern at Feeding Florida, which coordinates the 12 food banks — like Second Harvest of the Big Bend — that cover the state’s 67 counties. Executive Director Robin Safley says they’re providing support to people displaced or damaged by Hurricanes Ian and Nicole. And then there’s inflation, which not only affects the individual households served…”