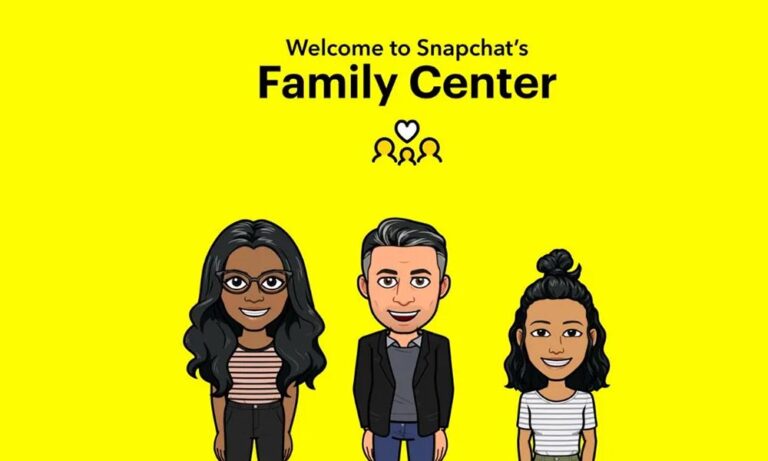 A new feature of Snapchat will allow the parents to have control over their children’s activities in the app. This new in app feature is called, Family Center,

Snapchat said,” Family Center is designed to reflect the way that parents engage with their teens in the real world, where parents usually know who their teens are friends with and when they are hanging out – but don’t eavesdrop on their private conversations. In the coming weeks, we will add a new feature that will allow parents to easily view new friends their teens have added.

On Family Center, parents can also easily and confidentially report any accounts that may be concerning directly to our Trust and Safety teams, which work around the clock to help keep Snapchatters safe. We’re also equipping parents and teens with new resources to help them have constructive and open conversations about online safety.

To help develop Family Center, we worked with families to understand the needs of both parents and teens, knowing that everyone’s approach to parenting and privacy is different. We also consulted with experts in online safety and wellbeing to incorporate their feedback and insights. Our goal was to create a set of tools designed to reflect the dynamics of real-world relationships and foster collaboration and trust between parents and teens.”

According to Engadget, “Snap promised to launch new parental controls and other features designed to protect underage users on its service last year. The company revealed its plans in a hearing wherein lawmakers put the pressure on social networks and apps that cater to teens, such as Snapchat and TikTok, to do more to protect children on their platforms.

Family Center is completely voluntary, and teens can always leave the portal if they want — they’ll even be given the choice to accept or ignore a parent’s invitation to join. And since the feature was made for underage teens, users who turn 18 will automatically be removed from the tool.”