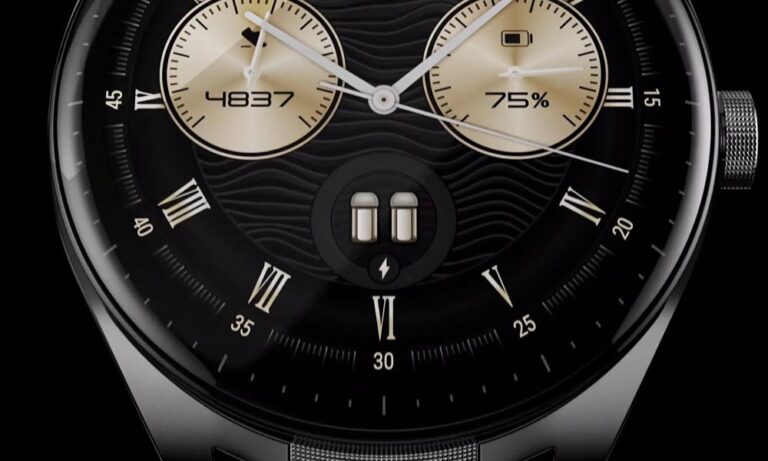 How many days does it happen to you that while carrying your earbuds you get really annoyed by carrying a case around to store and charge them? If yes then your problem is going to be solved anytime because Huawei,  the Chinese brand is going to Watch Buds smartwatch that includes earbuds you charge beneath the dial. According to Engadget, “Official details will have to wait as the company has delayed a winter consumer launch event slated for today, but there are already some clues as to how this oddball design will work.”

Referring to a demonstration video of The Register said, “As the video below demonstrates, the watch face flips up to reveal a pair of earbuds nestled beneath, with tiny charging contacts also on show.”

They also said, “Huawei’s account on Chinese Twitter-like site Weibo announced the existence of the device on Wednesday and promised all would be revealed on December 2.

But Huawei has since postponed its Winter 2022 consumer kit launch for unexplained reasons. The Register’s China desk reckons that’s probably a COVID-related complication.

Whatever the cause of the delay, it means The Register cannot bring you details of the Watch Buds.

We can, however, report that Huawei has created a new type of case for its Pocket S foldable smartphone, which uses the same makeup-container-like form factor as Samsung’s Galaxy Flip.”

Huawei Central said, “It’s one of the most sci-fi products that Huawei has ever released. Huawei Watch Buds is a 2-in-1 smart wearable that brings you earbuds inside the smartwatch.

These pics reveal Huawei Watch Buds as an ordinary smartwatch. However, the bezel is looking big, which may be due to the external architecture. It also has a metal frame and there’s a round crown on the right side.”

PreviousApple’s new updates for iOS 16.1.2. is hereNextAsus India admits “Foldable laptops will have a similar market trajectory as foldable phones’”