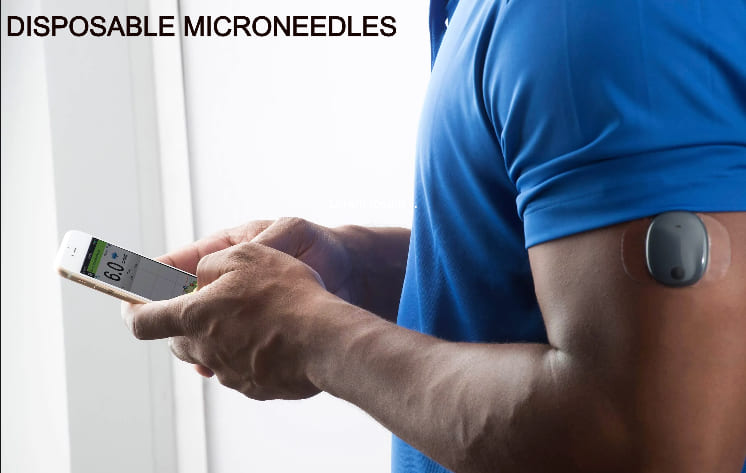 How can Disposable Microneedles Help Track Alcohol, Sugar, and Soreness?

In the present time, you can track your sugar, alcohol levels and soreness using a disposable microneedle.

In a new study published Monday in the journal Nature Biomedical Engineering, researchers at the University of California San Diego have developed a device no bigger than a stack of six quarters that senses alcohol, glucose, and lactate.

Aside from letting you know that you should get the Uber home from the bar rather than drive, the new wearable also has the potential to help those with diabetes have a more accurate picture of their blood sugar levels. The disposable microneedle patch detaches from the reusable electronic case.

“This is like a complete lab on the skin,” Joseph Wang, a biomedical engineer at UC San Diego and study co-author, said in a press release. “It is capable of continuously measuring multiple biomarkers at the same time, allowing users to monitor their health and wellness as they perform their daily activities.”

Current wearable health sensors for people with diabetes are typically one-trick ponies. They can continuously monitor blood glucose levels—and do it very well—but little else. This information, while clinically useful, doesn’t provide a wide-lens view into the dynamic between blood sugar and elevated levels of alcohol (which can lower blood sugar) or lactate (which can indicate muscle fatigue and tissue damage). A device that can take these factors into account can allow someone with diabetes to more precisely manage their health by optimizing their physical activity or watching out for too many extra glasses of wine.

“With our wearable, people can see the interplay between their glucose spikes or dips with their diet, exercise, and drinking of alcoholic beverages. That could add to their quality of life as well,” Farshad Tehrani, a doctoral student at UC San Diego and co-first author of the study, said in the press release. The disposable microneedle can be recharged on an off-the-shelf wireless charging pad.

PreviousHow can Single-serve Coffee Formats help Improve Operational Flexibility?NextAll About the Controversial Law HB 20 that is Currently Under Effect