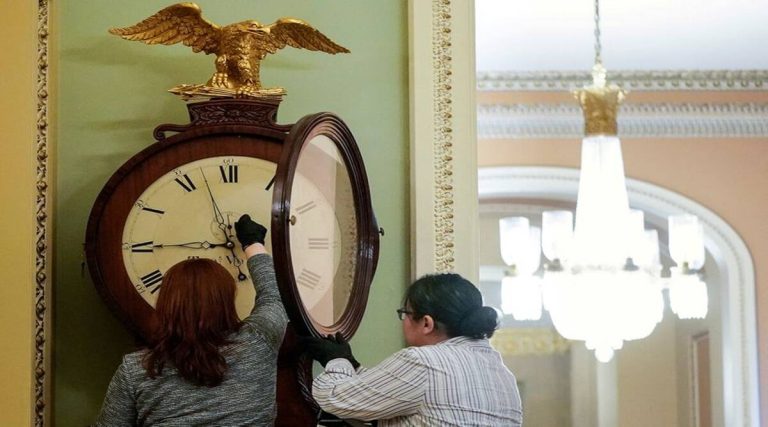 What is daylight saving time and the Sunshine Protection Act?

On 15 March 2022, the US Senate passed legislation passed the Sunshine Protection Act. The legislation would make daylight saving time permanent starting in 2023, ending the twice-annual changing of clocks in a move promoted by supporters advocating brighter afternoons and more economic activity.

The Senate approved the measure, called the Sunshine Protection Act, unanimously by voice vote. The House of Representatives, which has held a committee hearing on the matter, must still pass the bill before it can go to President Joe Biden to sign. The White House has not said whether Biden supports it. A spokesman for House Speaker Nancy Pelosi declined to say if she supports the measure but said she was reviewing it closely.

Senator Marco Rubio, one of the bill’s sponsors, said supporters agreed the change would not take place until November 2023 after input from airlines and broadcasters. The change would help enable children to play outdoors later and reduce seasonal depression, according to supporters. “I know this is not the most important issue confronting America, but it’s one of those issues where there’s a lot of agreement. If we can get this passed, we don’t have to do this stupidity anymore. Pardon the pun, but this is an idea whose time has come,” said Rubio.

Where do we stand?

Well, first of all, we would no longer need to change the clocks twice a year, losing an hour of sleep in spring.  Additionally, from early November through early March, the sun would set an hour later than usual. This means brighter evenings, with the earliest sunset occurring closer to 6:30 p.m. rather than 5:30 p.m. as observed with Standard Time.

The National Association of Convenience Stores opposes the change, telling Congress this month we should not have kids going to school in the dark. On Sunday, most of the United States resumed daylight saving time, moving ahead one hour. The United States will resume standard time in November. It also means later sunrises in winter. From late December through early January, the sun would rise close to 8:30 a.m.

Since 2015, about 30 states have introduced legislation to end the twice-yearly changing of clocks, with some states proposing to do it only if neighboring states do the same. The House Energy and Commerce Committee held a hearing on the issue last week, where Representative Frank Pallone, the committee’s chairman, said, “The loss of that one hour of sleep seems to impact us for days afterward. It also can cause havoc on the sleeping patterns of our kids and our pets.”

PreviousWhy are Beer Giants Pulling out of Russia?NextHow startling is the yield on the 5-year Treasury of the US?