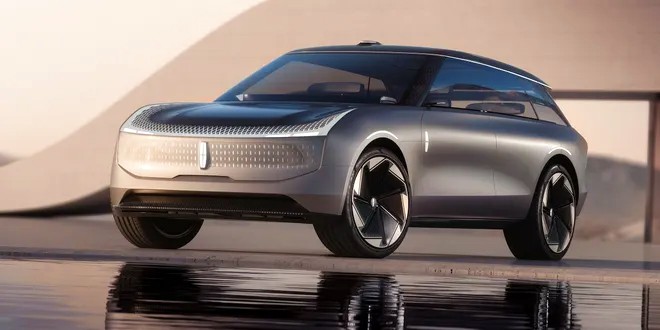 Can Ford’s Lincoln Star Concept Disrupt the EV Market with its Mood Settings?

Ford’s luxury brand, Lincoln, has revealed that it will announce releasing four new electric vehicles by 2026. It additionally revealed its Lincoln Star Concept as a way to introduce the new design language that will come to define its upcoming electrified lineup.

The luxurious Lincoln Star Concept comes with beautiful carriage doors, a frunk that extends out like a drawer for added storage, a full-suite of sensory interior moods, and a sleek, aerodynamic profile that feels more Faraday Future than Ford. The Lincoln Star Concept is designed to be “the ultimate sanctuary” for wealthy elites who prefer to be chauffeured through the teaming megalopolises of the future.

Lincoln has been mulling plans to electrify its portfolio for months. The company had hoped to work with buzzy EV startup Rivian on an electric SUV, but that plan was thrown off by the pandemic. Later, Lincoln considered introducing at least five new battery-powered SUVs through 2026. That includes battery-electric models to replace or supplement the Lincoln Corsair, Nautilus, Aviator, and Navigator, the newswire reported.

The Lincoln Star Concept is also meant to excite customers about what’s coming down the pike. That will include three distinct mood settings that combine digital graphics, lighting, and a variety of fragrances to help transport passengers to a calmer state of mind.

The mood settings include:

As it’s just a concept, Lincoln is yet to release any details about the powertrain, battery, range, or charging. It is, however, being assumed that the luxury brand will work hand-in-glove with its parent company, Ford, which is gearing up to start delivering its hotly anticipated F-150 Lightning pickup truck to customers.

PreviousA Vivid Guide to top 10 Cat Ear HeadphonesNextWhy did Netflix Subscribers Reduce to a major extent in the first quarter?