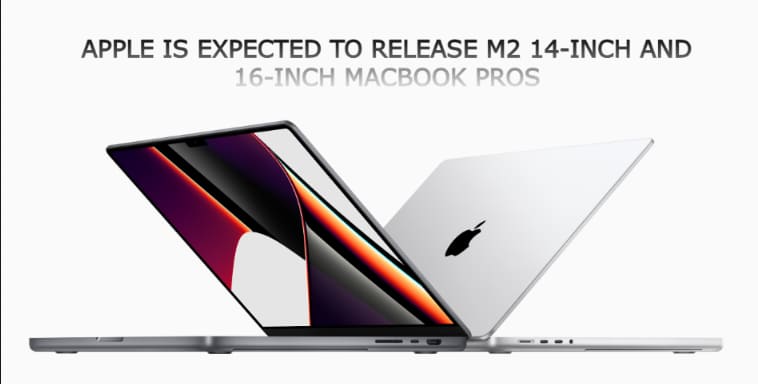 According to some reports, Apple is planning to update the 14-inch and 16-inch MacBook Pros as early as this fall. 9 to 5 Mac reported, “According to Gurman, the 14-inch and 16-inch MacBook Pros with the more capable M2 processors are already in the works. He said the overall design and features of the machines are “likely to stay roughly the same” as Apple just revamped this machine with a redesign, more ports, a MagSafe charger, a better display, and an improved webcam.

According to Engadget, “According to Gurman, the design and features of the two computers are “likely to stay roughly the same” since Apple only redesigned the line last year to add MagSafe charging, more ports and better displays. The primary change will be the addition of M2 versions of the M1 Pro and M1 Max chips the company offers through its current models. “Look for much of the focus to be on the graphics side, just like with the standard M2,” said Gurman of the upcoming SoCs. On the 2022 MacBook Air, graphics performance is about 35 percent faster if you go with the 10-core GPU variant.”

They also reported, “Although Apple reportedly hopes to release the new MacBook Pros sometime in the fall, Gurman notes the company could delay them to the spring of 2023. “Given the continued supply-chain challenges, it’s hard to predict exactly when these will hit store shelves,” he said. New Macs are just among a “deluge” of products Apple plans to release over the next year. In another recent newsletter, Gurman said the company was also working on a new HomePod and an extreme sports Apple Watch.”

PreviousU.S. bank profits to tumbleNextOpenSea the NFT marketplace lays off about 20 percent of its employees