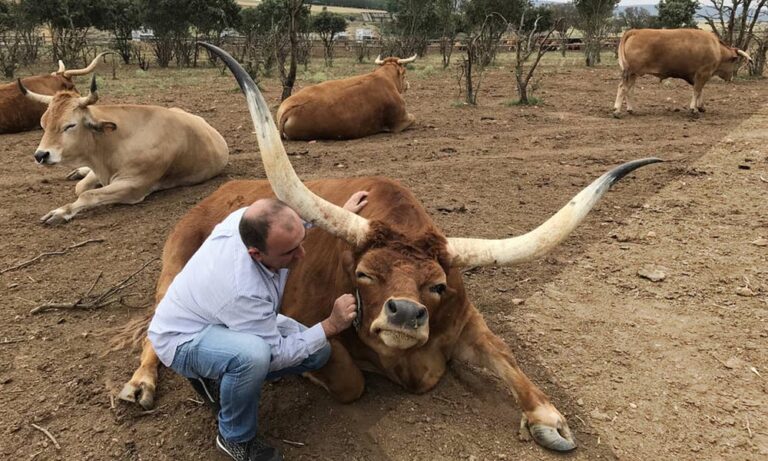 The Bovine Revolution has lasted for months

According to Newser, “In late July, a herd of 20 or so cows escaped from their dairy farm in St.-Severe, Quebec, after a thunderstorm spooked them, causing them to bust out of their pen. They’ve been on the lam ever since—annoying some by tearing up local farms, and earning the admiration of others in their quest for freedom. Over the weekend, however, the adventure ended for four of the runaways, who were said to be in good shape after being captured, the CBC reports. The quartet was brought in during a “covert operation after nightfall” on Saturday that even the cattle’s owner didn’t know about, so as not to have spectators mar the plan, per the Canadian Press.”

They also said, “Food was placed in a fenced-in area, which members of a Quebec farmers union hoped would lure the cows in—they figured as snow had recently fallen, the cows would be desperate to eat. The plan worked, and the animals were reunited with their owner the next day. The Wall Street Journal notes that the cows’ exploits have split the country in two over the past five months. Farmers are angry at the cattle trampling over their crops—a farmers union spokesman estimates the damage to be around $20,000—and highways have had to be shut down at least twice when the herd wandered close by to avoid posing a danger to drivers. Other Canadians, however, are in awe of this “bovine revolution,” with one Quebec senator expressing her “boundless admiration for these cows, who have rediscovered their liberty and continue to frolic in the wild.””

“They’ve struck a chord with the Quebecois, a people notorious in Canada for their independent streak,” notes the Journal. Even a group of cowboys from a local rodeo couldn’t nab the determined escapees when they tried in October. At any rate, the owner of the cattle is pleased to see progress on their return home. “The owner was very happy to have at least the four back,” union member Martin Marcouiller tells the Canadian Press. “Now they need to get used to being around humans again.” He’s confident the remaining runaways will soon follow suit and enter the trap “within the next few days.” The number of cows returned to the owner might even surpass the number who left: Some of the cows were pregnant when they fled and have since given birth, meaning there are now new members of the herd.