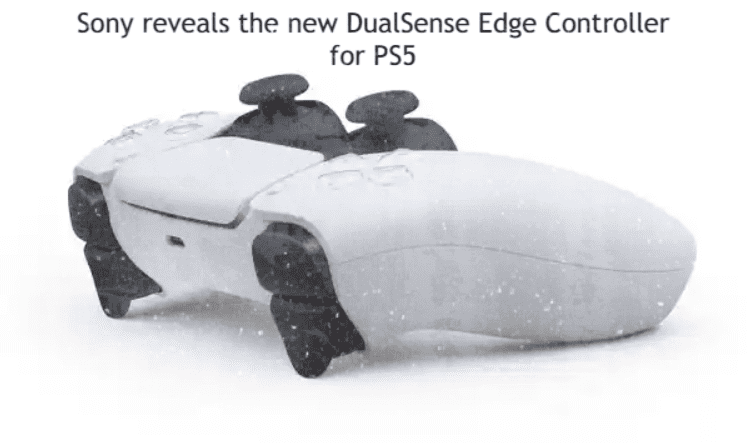 With the DualSense Edge, Sony upgrades its PlayStation 5 gamepads. The Edge emphasises customization; it has five distinct profiles, upgraded internals, and a few additional input options. The new controller has two function buttons below the analogue sticks, and early pictures show that the rubberized grips are all extra grippy.

Consider Sony’s DualSense Edge as the Xbox Elite controller in a nutshell. Players will be able to modify stick sensitivity and dead zones, deactivate and remap buttons, and save these settings to individual profiles. On the new gamepad, the stick module can be completely replaced, along with the stick caps and back buttons. A braided USB-C cable and a carrying case with USB charging are included with the entire package.

Availability of the new Edgy Controller

There is no information yet regarding the new gamepad’s availability or price. In the coming months, according to Sony, more details about the Edge will be revealed. The PlayStation 5’s DualSense is a unique feature that offers intense haptic feedback and trigger buttons with variable tension. From Deathloop to Stray to Astro’s Playroom, this adds a level of immersion, and Xbox simply does not provide it.

The Edge was revealed during Gamescom’s Opening Night Live showcase.