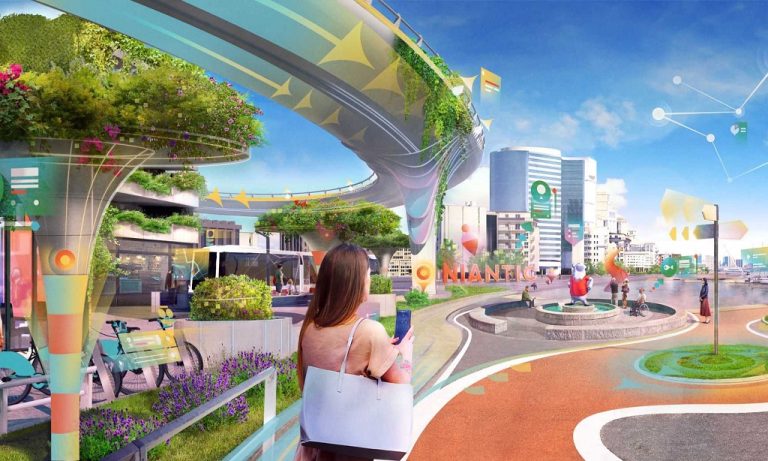 San Francisco-based AR technology firm, Niantic, has announced the release of a platform that will make developing augmented reality experiences more accessible. The AR Developer platform called Lightship will be the first-of-its-kind free technology that is going to set the stage for actualizing the firm’s vision of creating a “real-world metaverse.”

According to a blog by Niantic CEO and founder, John Hanke, the metaverse is a “dystopian nightmare”. However, as we are advancing towards a future seemingly dominated by VR tech, Niantic is envisioning an alternative metaverse where people could be together in person rather than virtually.

Even the existing games developed by the company focused on involving people in outdoor activity and meeting each other.

The popular game, Pokémon Go, for example, allowed people to participate in raid battles only when there were enough players working together simultaneously.

Hence, local discord communities proliferated following the release of Pokémon Go battles in 2017 encouraging people to coordinate a meeting in the real world to play the game together.

John Hanke says, “At Niantic, we believe humans are the happiest when their virtual world leads them to a physical one. Unlike a sci-fi metaverse, a real-world metaverse will use technology to improve our experience of the world as we’ve known it for thousands of years.”

Niantic has been developing Lightship for quite some time, and now, it is openly accessible for developers. Although most features of the software toolkit will be free to use, Niantic will charge for a feature where multiple devices can access shared AR experiences simultaneously.

The firm also aims to commit $20 million to help new companies build AR apps with the funding. Moreover, with the major update planned for Lightship in the coming year, Niantic will release its “visual positioning system” for AR glasses.

This will allow the glasses to exactly ascertain where they are in the real world, thereby allowing virtual objects to hold their positions persistently in the real-world locations.

PreviousGoogle Carves Out Many USPs for Android 12 Primarily Focusing on Personalization & SecurityNextExcited for Fortnite Chapter 3? Here all to know