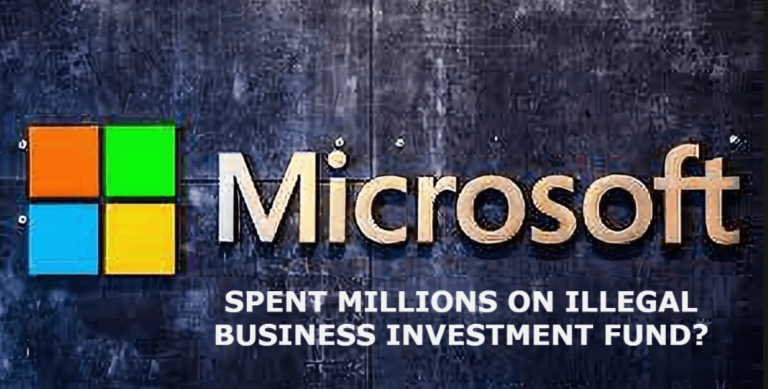 Recent speculations are around for a Microsoft employee’s business investment fund. In an essay published on the whistleblower platform Lioness, former Microsoft manager Yasser Elabd alleged that Microsoft fired him after he alerted leadership to a workplace where employees, subcontractors and government operators regularly engaged in bribery.

He further alleges that attempts to escalate his concerns resulted in retaliation within Microsoft by managers, and eventual termination from his role. The news of firing due to illegal business investment fund are around.

Elabd claims in his essay that he worked for Microsoft between 1998 and 2018, and had oversight into a business investment fund—essentially a slush fund to cement longer-term deals in the Mid-East and Africa. But he grew suspicious of unusual payments to seemingly unqualified partners.

After examining several independent audits, he discovered what he believes is a common practice: After setting up a large sale to entities in the region, a “discount” would be baked in, only for the difference between the full-freight cost and discounted fee to be skimmed off and divided between the deal-makers.

The former Microsoft manager gave several examples of suspicious transactions and red flags he witnessed over his two decades working for the company abroad. In one audit, Microsoft gave the Saudi Ministry of the Interior a $13.6 million discount which never reached the agency’s doors. In 2015, a Nigerian official complained that the government paid $5.5 million for licenses for hardware they did not possess.

In another example, Qatar’s Ministry of Education paid $9.5 million, over a period of seven years, for Microsoft Office and Windows licenses that went unused. Auditors later discovered that employees at that agency didn’t even have access to computers. “We are committed to doing business in a responsible way and always encourage anyone to report anything they see that may violate the law, our policies, or our ethical standards. We believe we’ve previously investigated these allegations, which are many years old, and addressed them. We cooperated with government agencies to resolve any concerns,” stated Becky Lenaburg, a VP at Microsoft and deputy general counsel for compliance and ethics

Elabd claims his attempts to alert managers resulted in his being shouted at by one manager, iced out of certain deals and told by an executive that he had effectively set himself up to be let go after attempting to involve CEO Satya Nadella. After being terminated, Elabd wrote that he brought his documentation before the Securities and Exchange Commission and Department of Justice. He claims the DoJ refused to take up his case. According to Protocol, the SEC dropped the case earlier this month due to a lack of resources.