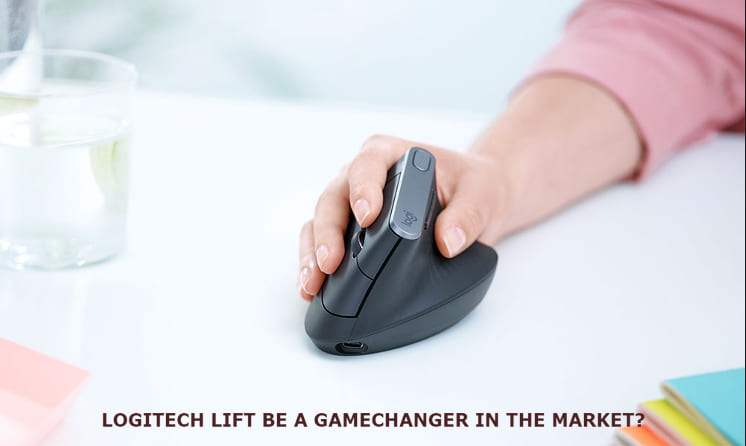 Can the latest Logitech Lift be a gamechanger in the market?

The pandemic has caused several people to spend more time at their PC than ever before, things like carpal tunnel syndrome and other repetitive stress injuries have become a growing concern. And while the MX Vertical is one of the best gadgets to help avoid straining your tendons, its bulky dimensions meant it never really worked for a majority of the people. But with the new Logitech  Lift, Logitech finally has a great alternative for people with smaller hands.

Logitech says the Lift, which costs $70 and comes in three colours (graphite, rose, and off-white), was created by its Ergo Lab in response to feedback from employees and customers who, like me, were put off by the size of the MX Vertical. So, following multiple rounds of user testing and approval from third-party ergonomic institutions, the company settled on a sleeker model that is 22% smaller than before.

The Logitech Lift, unlike the MX Vertical, is available in both left and right-handed versions. That may not seem like much, but as a guy with medium-sized hands, the difference is obvious. When I tested both Logitech offerings side by side, the Lift felt more nimble and natural, whereas the MX Vertical felt like I was holding a softball.

To further enhance all-day usability, the Lift features a 57-degree vertical design the company says more closely mimics a person’s natural arm and wrist posture, while a handy thumb rest and soft rubber coating help provide a firm, non-slip grip. And unlike the MX Vertical, the Lift even comes in both right and left-handed versions, so there’s something for everyone.

The Lift is 22% smaller than the MX Vertical to accommodate people with smaller hands. Here’s a side-by-side comparison of the MX Vertical (left) and the new Lift (right). Notably, while the Lift lacks the MX designation found on Logitech’s most premium peripherals, it still has a smooth magnetic SmartWheel and can be paired with up to three devices at the same time via Bluetooth or the Logi Bolt receiver (which comes included).

But one of my favourite aspects of the Lift is that, aside from the clicky thumb buttons, the scroll wheel and the left and right mouse buttons are extremely quiet, which is great if you don’t want to wake up your family or coworkers (especially if you’re working late at night).

Logitech went through several design iterations before settling on the final Lift design. Although the Lift isn’t a game changer, Logitech’s drive makes its ergonomic devices more accessible. Even just using it for an hour or two made a significant difference in how my wrist felt at the end of the day. While not as sophisticated as the $100 MX Vertical, the Lift is a comfortable and even more affordable option for upgrading your everyday work setup.

You can order the $70 Logitech Lift direct from the company’s website or third-party retailers like Amazon and Best Buy right now.