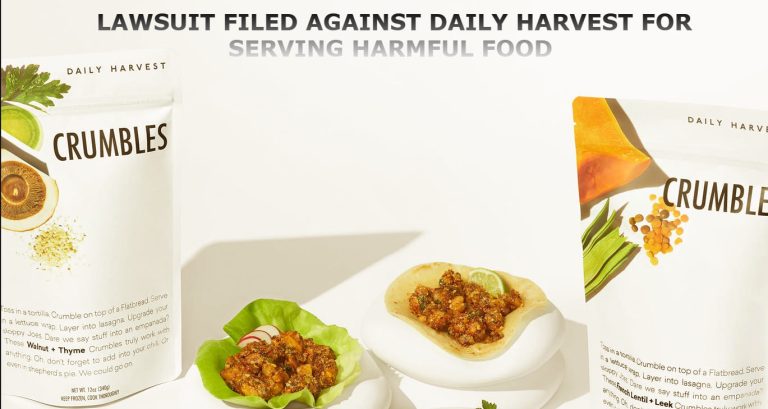 Vegan meal kit startup Daily Harvest has been hit with two lawsuits by customers alleging they needed gallbladder removals after eating one of the company’s products, reported CNN. Last month the company issued a voluntary recall of its “French Lentil + Leek Crumbles” dish following multiple claims of gastrointestinal and liver from consumers.

The first lawsuit was filed by Carol Ann Ready, an Oklahoma woman who is suing the company in the federal court for the Southern District of New York. Ready purchased and ate lentil crumbles from Daily Harvest on two separate occasions in May, both of which resulted in trips to the emergency room. The second of these was a four-day stay, which ended with Ready’s physician recommending gallbladder removal.

Attorneys for Ready are asking for a jury trial, alleging that damages for the case exceed what the court normally allows. “Plaintiff has sustained serious personal injuries; suffered, and will continue to suffer, significant pain and other physical discomforts; incurred, and will continue to incur, substantial medical expenses; have missed, and will likely miss in the future, work and time necessarily dedicated to advancement in her profession; and remains at risk for future health complications with damages far in excess of $75,000, the jurisdictional threshold of this court,” says the complaint, obtained by Food Safety News.

Earlier this week, an Oregon-based content creator who claimed he also consumed the lentils and subsequently had to have his gallbladder removed filed a personal injury lawsuit against Daily Harvest. In a video posted to Twitter on June 21, the plaintiff in the lawsuit, Luke Wesley Pearson, warned his followers not to eat the lentil crumbles.

Daily Harvest still hasn’t pinpointed what may have caused the adverse reactions. “All pathogen and toxicology results have come back negative so far, but we’re continuing to do extensive testing so we can get to the bottom of this. Everyone who has been affected deserves an answer, and we are committed to making this right,” the company said in a statement to CNN.

Yesterday the FDA announced a formal investigation into the outbreak, in an effort to determine the cause. In a blog post, Daily Harvest said it received approximately 470 reports from customers who suffered adverse reactions after eating the product.