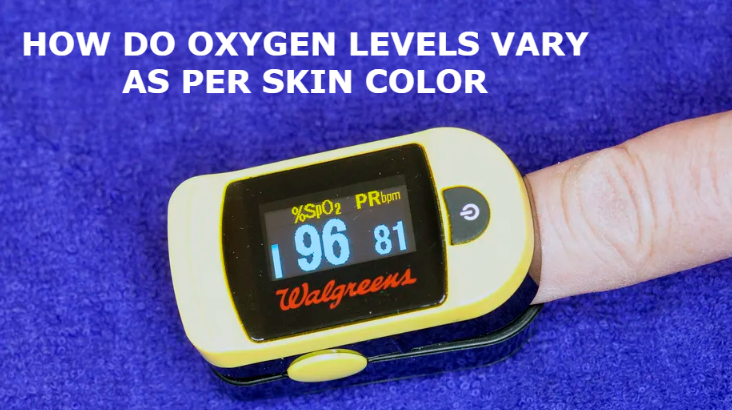 How do Oxygen Levels Vary as per Skin Color?

According to a new study, blood oxygen monitors state that hospitalized Asian, Black, and Hispanic COVID-19 patients had higher blood oxygen levels than they actually did. Oxygen levels are an important indicator of how serious someone’s case of COVID-19 is and what medications they’re eligible for—and that overestimation meant that it took longer for Black and Hispanic patients to get the necessary treatment.

In this new study published in the journal JAMA Internal Medicine, a research team looked at patients with COVID-19 in the Johns Hopkins Health System between March 2020 and November 2021. Just over 1,200 patients had their blood oxygen levels checked by both pulse oximeters and a more-accurate blood test. In around 30% of Asian, Black, and Hispanic patients, the blood test showed low blood oxygen levels when the pulse oximeter said the levels were normal. That was the case for only 17% of white patients.

In a larger group of over 6,600 patients, the research team found 1,903 patients where a model showed that their oxygen levels would have dropped before the pulse oximeter showed it had. In that group, Black and Hispanic patients were more likely to have had delays in receiving treatments like remdesivir or dexamethasone.

Variations Due to Skin Color

Other research over the past few years has come to similar conclusions. One study published in November 2021, for example, also showed that gaps between oxygen levels measured on a blood test and on a pulse oximeter were more likely for non-white patients in hospitals than for white patients. Patients with that gap were more likely to have problems with organs and to die in the hospital. The Food and Drug Administration warned in February 2021 that pulse oximeter readings had “limitations” and that skin color can affect readings.

But despite the well-documented inadequacies, there haven’t been major steps to correct the bias, researchers wrote in an editorial accompanying the new study. It’s not an easy problem to fix, and pulse oximeters are overall a less precise measure of oxygen in the blood. But hospitals and regulators should push to only allow devices that perform the same across skin tones, and doctors can adjust their treatment practices to recognize the potential errors in their non-white patients.