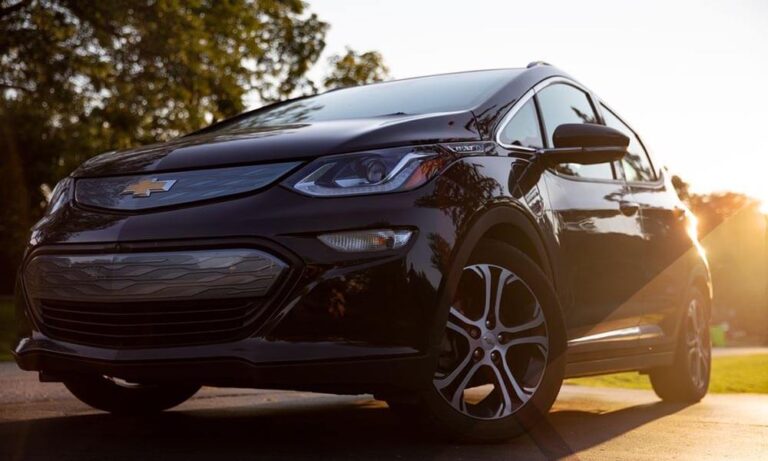 GM wants to exclusively sell electric vehicles by 2035, and it’s now trying to nudge the US government toward the same goal. The automaker has teamed up with an advocacy group, the Environmental Defense Fund (EDF), to develop recommended principles for the Environmental Protection Agency’s (EPA) car emissions standards from the 2027 model year onward. The guidelines are meant to accelerate EV adoption in a socially conscious way — and, of course, help GM’s bottom line.

The brand wants standards that ensure at least half of new vehicles sold by are zero-emissions by 2030, with a 60 percent reduction in emissions across a lineup compared to 2021. They need to address multiple pollution sources (such as CO2, nitrogen oxides and particles) and be “performance-based,” GM argues. The company also believes there should be an optional pathway to speed up the launch of breakthrough emissions-reducing technology, and that standards should ensure the benefits of reduced pollution apply to everyone (such as vulnerable communities). Not surprisingly, GM hopes for tight coordination between the public and private realms, including complementary investments.

Quick Decision by GM and EDF

GM and the EDF want a quick decision process. They’d like the standards to be proposed this fall, and completed by fall 2023. The standards should last until 2032 at a minimum, the partners said, but they also hoped the EPA would extend that to 2035.

There might not be much opposition to the basic concept. President Biden already wants half of new vehicles to be emissions-free by 2030, and the EPA reversed Trump-era standards rollbacks in December. Meanwhile, California, Massachusetts and New York State expect to ban sales of new gas-powered cars by 2035 and frequently push for stricter standards than the federal government. The principles and resulting EPA standards would theoretically help politicians reach these targets sooner by encouraging manufacturers to electrify their fleets quickly.

Whether or not GM and the EDF get their way isn’t clear. The EPA isn’t guaranteed to take the principles to heart, and a change of presidents could lead to weaker rules. We’d add that GM has altered its stance on emissions reductions depending on who’s in office. The firm backed the Trump administration’s efforts to revoke waivers letting California set tougher requirements, only to change its tune after Biden won the 2020 election. Still, we wouldn’t expect GM to back out any time soon. The company has staked its future on EVs, and it stands to profit if the market shifts to eco-friendly vehicles a little sooner.