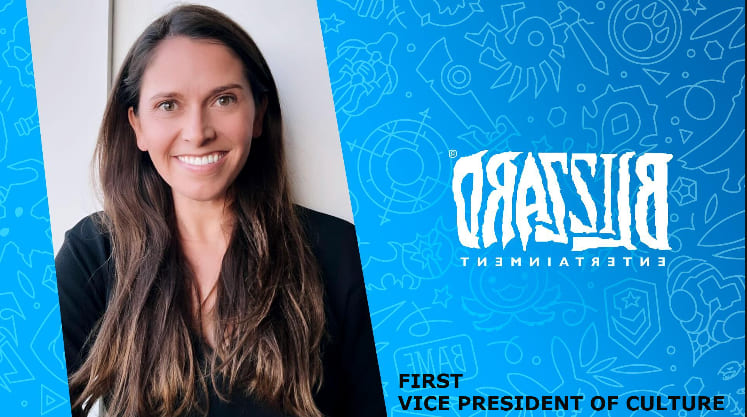 How will Activision Blizzard Revamp the Company with its First Vice President of Culture?

In a piece of recent news, Activision Blizzard will be bringing latest amendments and changes to its work culture and environment where people feel welcomed and secure. To do so, the company has hired its first Vice President of Culture who will be incharge of the company culture.

Activision Blizzard is continuing a hiring spree in light of its ongoing harassment scandal. Blizzard has hired Jessica Martinez as its first Vice President of Culture who will be both implementing and expanding the game studio’s culture strategy. Moreover, as the Vice President of Culture, Jessica Martinez will lead a learning and development team that will help create a work environment where people feel ‘safe, valued’ and eager to cooperate.

Martinez is a 14-year veteran of Disney, where she was a Chief of Staff and advised both the Chief Security Office and the parks’ Chief Technology & Digital Officer. She was known for building a diversity- and values-focused culture, according to Blizzard, and led efforts to harmonize security when Disney bought key Fox studios and channels.

The move comes just weeks after Activision Blizzard hired diversity chief Kristen Hines. It also follows months of employee shuffles and organizational efforts in the wake of the scandal. The publisher has ousted or disciplined numerous workers for participating in or tolerating a hostile work culture, including former Blizzard president J. Allen Brack. It also launched a ‘Workplace Responsibility Committee’ to fight discrimination and harassment. Whether or not these measures will be enough still is not clear. Activision Blizzard chief Bobby Kotick has remained despite pressure to resign and a New York City lawsuit. The Communications Workers of America union, meanwhile, has filed a complaint with US labor officials accusing the company of silencing talk about harassment lawsuits. While Martinez may bring valuable cultural improvements as the Vice President of Culture, there is still evidence the firm is resistant to some forms of change.