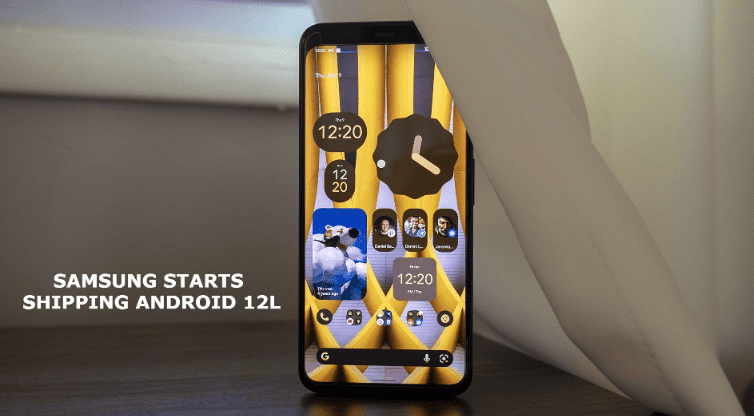 Google may have already moved on to Android 13, but Android’s biggest manufacturer, Samsung, is only now getting around to updating devices to Android 12L. Android 12L came out in March, so Samsung’s update time is clocking in at around six months.

Both of these devices are great candidates for Android 12L, since that release was mostly focused on big-screen devices and foldable. The headline feature is the bottom taskbar, which shows icons from recent apps, letting you easily switch between them. There are new split-screen features like the ability to see three apps at once, and you can easily launch split-screen by dragging an app out of the taskbar. There’s also a new split-pane notification panel.

There’s no word on an Android 12L update for Samsung’s flagship smartphone, the Galaxy S22. The S22 just got an update that bumped Samsung’s skin version number to the same as these big-screen Android 12L devices, so there’s a good chance that 12L will never come to standard Samsung smartphones.

The rollout of Android 12L was a new strategy for Google, which seems to have worked. Usually, the releases come near the end of the year on Pixel phones, and the rest of the Android ecosystem slowly starts rolling out the release in the next calendar year. Android 12L saw Google split the year of Android development time in two, with the 12L release in March and a smaller Android 13 release in August.

We wrote at the time, “Rushing the 12L features out the door gives Samsung and Lenovo the usual six-month period to have a new Android release ready in time for the holidays.” That seems to be exactly what happened, with Samsung’s August release of the Z Flip 4 and Z Fold 4 gaining the Android 12L feature and these updates arriving in time for the end of the year. If you can’t speed up Android ecosystem updates, it seems like chopping the release in half and releasing code earlier is a workable strategy for getting key features to market faster.

Also Read: Samsung Galaxy S22 smartphones will be featured with Android 13-based One UI 5 beta