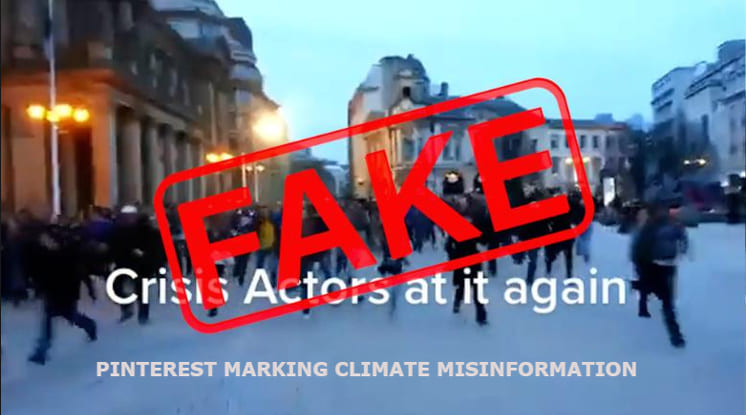 Recently, Pinterest announced a new policy prohibiting users from sharing climate misinformation on its platform, making it the rare social platform to ban such content outright.

The new policy marks an expansion of the social media platform’s misinformation guidelines. In 2017, Pinterest rolled out a policy prohibiting health misinformation such as anti-vaccine content. It has since expanded the policy to include misinformation and conspiracy theories about elections and other civic activities. “We repeatedly heard from [climate experts] that climate misinformation, like climate denial narratives, is causing real harm,” Pinterest head of policy Sarah Bromma told CNN Business.

The new policy comes as Pinterest tries to combat declining growth in its monthly active user base. Pinterest found its users were increasingly searching for content on the platform related to sustainability, and the company wanted to ensure they were finding accurate information in the results, Bromma said.

As with many content moderation issues, the challenge is often not just setting the policies but enforcing them. Bromma said Pinterest’s teams review content flagged both by automated systems and user reports. The company declined to share details on the size of its enforcement teams. Pinterest also plans to highlight accurate information about climate change through partnerships with creators and experts on the platform.

admin
PreviousWhat is with Google’s malware-infested programs in the Play Store?NextGoogle Fi Cuts down prices and offers Unlimited Services at Reduced Costs