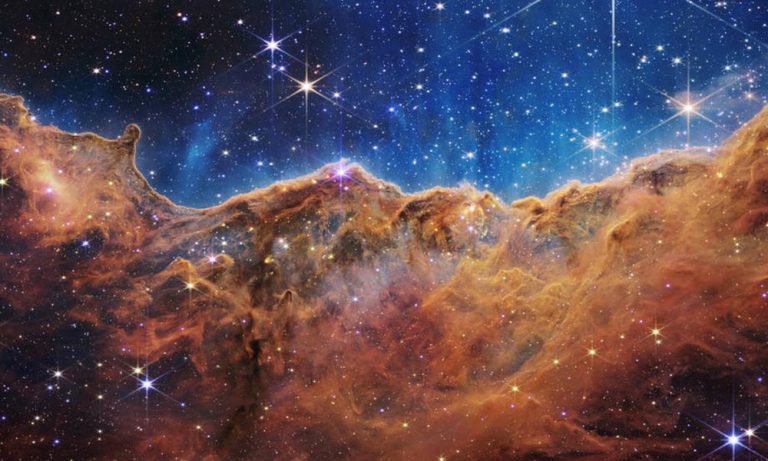 NASA has just revealed images of billions of years of cosmic evolution with the inaugural batch of photos from the largest, most powerful observatory ever launched to space, saying the luminous imagery showed the telescope exceeds expectations. The high resolution image with greater clarity to the dawn of the universe has marked a new era of astronomical exploration.

Members of the Project

Amber Straughn, Webb deputy project scientist at Nasa’s Goddard Space Flight Centre in Maryland, said, “All of us are just blown away,”. She was among a panel of experts who briefed reporters following the big reveal. “I didn’t know I was coming to a pep rally,” NASA administrator James Nelson said from the stage, enthusing that Webb’s “every image is a discovery”. “This is an art piece that has been revealed by this telescope,” Rene Doyon, principal investigator for the observatory’s Canadian-built near-infrared camera and spectrograph. “It goes beyond my scientific mind.”

“These listed targets below represent the first wave of full-color scientific images and spectra the observatory has gathered, and the official beginning of Webb’s general science operations. They were selected by an international committee of representatives from NASA, ESA, CSA, and the Space Telescope Science Institute.”

About the images NASA said, “These first images from the world’s largest and most powerful space telescope demonstrate Webb at its full power, ready to begin its mission to unfold the infrared universe.”

About the different details they said, “This landscape of “mountains” and “valleys” speckled with glittering stars is actually the edge of a nearby, young, star-forming region called NGC 3324 in the Carina Nebula. Captured in infrared light by NASA’s new James Webb Space Telescope, this image reveals for the first time previously invisible areas of star birth.

Called the Cosmic Cliffs, Webb’s seemingly three-dimensional picture looks like craggy mountains on a moonlit evening. In reality, it is the edge of the giant, gaseous cavity within NGC 3324, and the tallest “peaks” in this image are about 7 light-years high. The cavernous area has been carved from the nebula by the intense ultraviolet radiation and stellar winds from extremely massive, hot, young stars located in the center of the bubble, above the area shown in this image.”

Read our latest blog: 10 Exciting Space Documentaries for a Journey to the Beyond