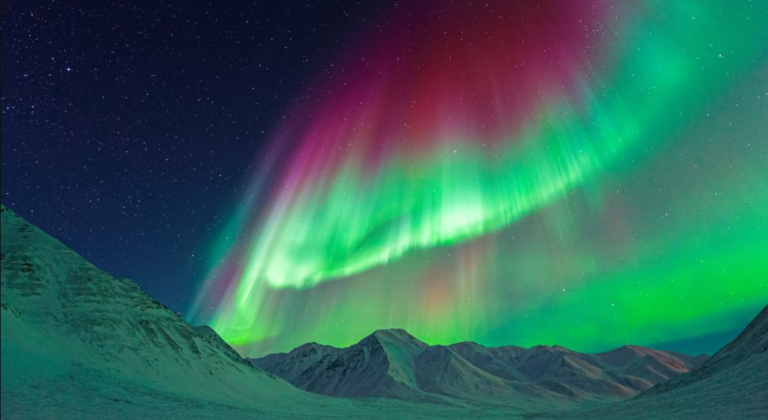 NASA is About to Launch Two Rockets into the Northern Lights

In a piece of recent news, NASA is going to launch two rockets into the Northern Lights this week. The US space agency is hoping to find out more about how natural light displays like auroras interact with the Earth’s atmosphere.

According to NASA, the launch window for its Northern Lights mission opens on March 23. The Northern Lights, also known as the aurora borealis, occur when the Earth’s magnetosphere is getting bombarded by the solar wind. It’s the solar wind interacting with Earth’s magnetic field that creates the pretty green and blue displays. Charged particles from the Sun strike atoms in Earth’s atmosphere and give them a higher-energy state. When the atoms drop back to their lower energy state, light is released.

Scientists still don’t fully understand auroras and their impact on the atmosphere and this is something NASA hopes to figure out. Earth’s atmosphere has five major layers. We live in a neutral layer called the troposphere, which is full of the air we breathe. The further the layer from Earth, the more exposed it is to the impact of the Sun and its solar winds.

NASA explained: As residents of the troposphere, Earth’s lowest atmospheric layer, we’re used to air made of neutral particles.” “The oxygen and nitrogen we breathe are magnetically balanced atoms and molecules with all their electrons accounted for. But hundreds of miles above us, our air begins to fundamentally change character. Energized by the Sun’s unfiltered rays, electrons are pried from their atoms, which then take on a positive charge. A once-neutral gas transforms into an electrically reactive state of matter known as plasma.

Two rockets will be launched from Poker Flat, Alaska to explore this plasma layer. They’ll hover in space for a few minutes and gather data before falling back to Earth. One rocket will release a colored vapor trail so scientists can observe how auroras impact the wind. The other rocket will be measuring temperature and plasma density.