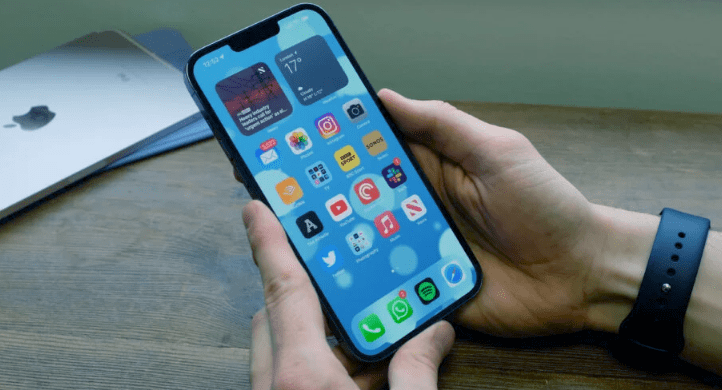 Leakers have long suggested that 2022 iPhone models would include two notches at the top of their screens: one for the camera, and one for the FaceID system (the “hole + pill design,” as consultant Ross Young referred to it). A new leak from MacRumors, citing “an anonymous tipster,” suggests that the two notches will appear as a single pill-shaped notch when the iPhone’s display is active. Bloomberg’s Mark Gurman later corroborated the report.

Apple, per MacRumors’ source, intends to turn off the pixels between these two notches to create a contiguous black space. The source also suggests that the company “intends to visually expand the blacked-out areas around the cutouts to host content.” In other words, the iPhone could feasibly be making use of this black space, and could change the size of the notch depending on those purposes.

9to5Mac reports that Apple plans on using the space to display the green and orange camera and microphone indicators that currently live in the status bar. Doing so might make the privacy indicators significantly more obvious than they are now. 9to5 says that users will be able to tap on the indicators to see a list of which apps have accessed either the microphone or camera. The report also mentions that the iPhone’s camera app could get a bit of a redesign, with the expandable control bar moving to the top of the screen, instead of coming up from the bottom.

Other leaks suggested by Rumors

Currently, the settings bar lives at the bottom of the screen, after being expanded with a control at the top. These rumors square with recent patents that have been published, including proposals to separate the phone’s IR light emitter from the primary notch. “The IR light emitter may be placed at a location with less-constrained space, and use the light folding element to project the IR light in a specific direction,” the description around those patent claims reads. ”This can reduce the overall size of the imaging and sensing components, thus decreasing size of a notch for holding the imaging and sensing component and increasing the display area of the device.”

The reports come just a week from Apple’s Far Out event, where several new iPhone models are expected to appear. The Pro model is expected to include a new chip, an auto-focus selfie camera, and a price hike. We also expect new Apple Watches, including an Apple Watch Series 8, and possible updates to the AirPods Pro line.